Whatever your business or market, growth is vital. And preferably it should sustain, instead of being temporal. We are Fingerspitz and our goal is to take a small step forward every week, which adds up to giant leaps. Together with our clients we ensure that they achieve their goals, and therefore grow sustainably. We achieve exceptional results by getting the most out of online channels.

That’s exactly what we did together with Johnbeerens.com. John Beerens is one of the most famous hairdressers in the Netherlands. His goal is to grow his beauty webshop into the largest of the Netherlands.

With market conditions more challenging than ever, we had to make the most out of every euro invested. Our Google Ads approach means we are now cherry picking margin while still growing revenue. In fact, net margin grew by 48% within 2 months after launch.

Using the newest functions Google Ads has to offer, fully automating margin calculations and tracking them per product and landing page in real time gives JohnBeerens.com the competitive edge they need to become the largest beauty webshop in the Netherlands.

Unfortunately, the Dutch market is strongly influenced by COVID. John Beerens is also suffering from it. The organisation’s sales had been growing significantly between 2019 and 2021, but suddenly they faced a huge drop in demand.

Having increased costs for staff, shipping – and more recently product sourcing as well, because of the war in Ukraine – profitability was likely to take a big hit too in (Q1) 2022.

We noticed that ROAS was a bad predictor of net margin after grouping products in margin buckets. Together with the client we calculated that the POAS (Profit On Ad Spend =profit / ad spend x 100%) had dropped to 147% (Feb. 2022) and in fact needed to be at least 200% for Google Ads to bring in net margin.

So the objective was clear; Google Ads had to generate as much revenue as possible with a minimum POAS of 200%. Budgets were unlimited above 200% and the growth target was to increase turnover by 9%. 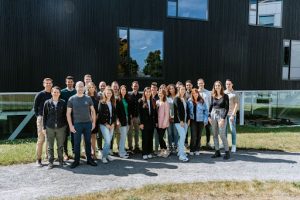 The objectives were clear, so it was time to get down to work. We did many things to achieve the objectives. Including adding gAds campaigns to boost the AOV and launched email flows to trigger customers to revisit and repurchase, thereby increasing the Customer Lifetime Value (CLV).

To grow the AOV we mapped out which products provide most upsell, and detached them in a separate upsell campaign. Its visibility, AOV and POAS became significantly higher.

We then utilised the new Customer Acquisition bid strategy with +10% bid increase to attract new customers, as first purchases tend to have an above average AOV. 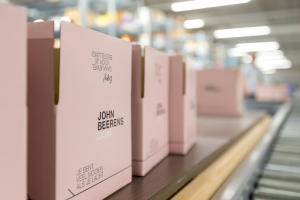 The AOV of all shopping campaigns increased by 10.22%. The upsell campaign itself had a POAS that was 28.5% higher than the average POAS!

In addition to the short-term impact, there are already signs of long-term effects. We have been tracking the positive changes in CLV. Within two months, the average customer conversion value over the last twelve months increased by 6.85%.

1,700 products were “reactivated” by the Ghost campaign, which then generated additional volume for the original campaign.

How happy are we? It is possible to express in words! This nomination crowns our hard work and our long-standing cooperation with JohnBeerens.com. Together with the best advertisers around the world, we are competing for 2 awards. ROI CAMPAIGN OF THE YEAR and PPC CAMPAIGN OF THE YEAR – B2C.  A great honour! 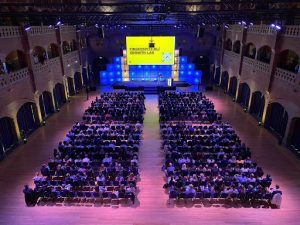 « Return to the blog posts listing